Our favorite annual Sydney Uni’s event is The Book Fair. Here we could purchase a used book as cheap as $1, or even less. We prepared for this ‘important’ event, saved as much as possible to buy lot and lot of books. We also learnt from last year event that we must come in the first day for better choice.

We came early to avoid dissapointment. To our surprise, when we arrived there, fifteen minutes before the door opened, there was already a giant line, around 100 meter. All ready with their giant shopping bags, boxes, and even shopping trolley. This madness was just like when the final Harry Potter released.

This bookfair was held in one of the room at Quadrangle (Sdyney Uni’s Main Building). As we entered, the room was already packed with people. It’s so hard to move, especially when with a stroller, and 5-year-old daughter. Fortunately, Nino was one of the volunteer in this event. He could choose the books he wanted to buy before the fair was officially opened. Since he’s already chose his, I left Nindi with him. I walked around four table of fiction books and grabbed any interesting books. At last, we ended up with four bags of books.

After sorting them twice, here were the books I bought:

I’ve already read some of them in Bahasa Indonesian. I thought it’s no harm to read it again in English.

Not to mention Nino’s picks, around fifteen books (including Dan Brown’s Da vinci Code and Angels And Demons), and Nindi’s choices, around twelve books.

We walked home with two shopping bags full of books and big victory smiles in our face. 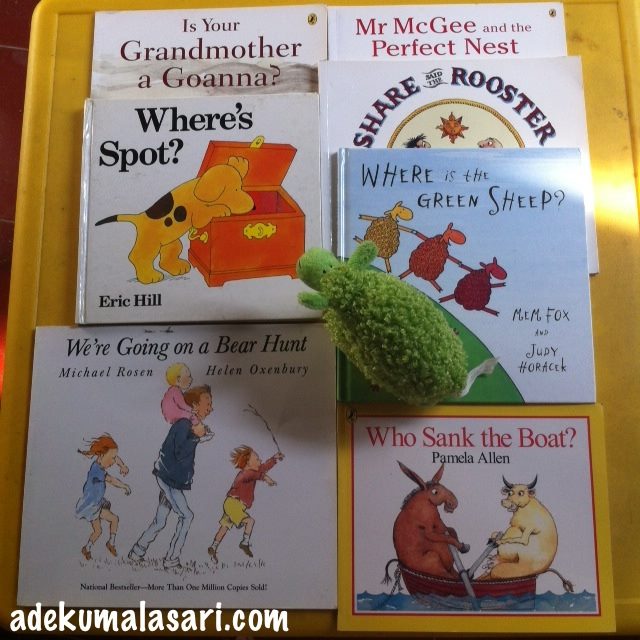 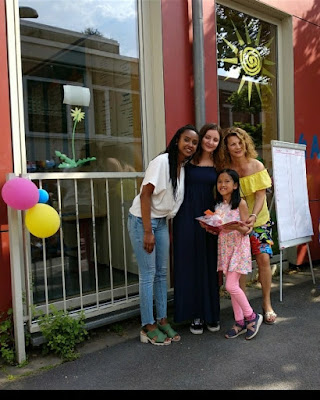